Encinitas sits in the sweet spot 25 miles north of downtown San Diego and 95 miles south of Los Angeles. But the vibe here is decidedly more San Diego chill. Located along six miles of Pacific coastline, Encinitas has an approximate population of 60,000 and is characterized by coastal beaches, cliffs, flat-topped coastal areas, steep mesa bluffs, and rolling hills. The city was incorporated in 1986, drawing together the communities of New Encinitas, Old Encinitas, Cardiff-by-the-Sea, Olivenhain, and Leucadia.

The economy has typically been strong and the city is well endowed with arts and recreational amenities. This has drawn the crowds, including retirees, overseas and domestic migrants, and migrants from other parts of California. The cost of living, once a relative bargain for California coastal cities, is no longer low.

Despite rising housing prices, the City provides programs and services for decent, safe, and sanitary housing for eligible low-income households. The City of Encinitas has a varied approach in providing assistance to lower-income households in need of affordable housing.

There is a significant flower growing industry in the city and many people claim that Encinitas is the Flower Growing Capital. As the city has developed, it has grown up around the pre-existing flower growers. San Diego Botanical Gardens is a beautiful oasis to visit with an Amazon Rainforest and the largest display of bamboo in the world. The gardens of the Self Realization Center are beautiful and sit overlooking the ocean in a serene garden-like setting.

Golf enthusiasts will enjoy the Encinitas Ranch Golf Course, a championship, 18-hole, par 72 course with panoramic ocean views. This public facility has five tees available and can be enjoyed by golfers of all abilities.

“Downtown 101” is a coastal shopping district that’s over 100 years old and features historic architecture, quaint shops, sidewalk cafes, and restaurants framed by beautiful flower baskets. The beaches in Encinitas are outstanding. There are many stretches of beach that lie between Cardiff-by-the-Sea and La Costa. The surfing is unbeatable and many surf contests are held throughout the year in Encinitas. The San Elijo Lagoon Reserve is the largest coastal wetland in San Diego County and is home to nearly 300 different bird species throughout the year.

You’ll Fall in Love With

Moonlight State Beach, a few blocks from Main Street, is popular with families because of the children’s play area. For locals, Moonlight is the secret beach of North San Diego County. It is big enough to hold events like surfing contests, but not so big that it can cater to large crowds like at Pacific Beach in San Diego. Newly improved with 14,500 sq. ft. of increased open sand and beach area, new restrooms, concession stands, and fire rings, Moonlight is perfect for sunbathers, surfers or swimmers, and has volleyball courts, picnic facilities, and free parking.

Most of the residents who reside in Encinitas live east of Interstate 5, and the major thoroughfare is El Camino Real. Along this commercial byway is a bonanza of shopping centers, shops, restaurants, and services.

Residents are also proud of their fabulous oceanview Encinitas Ranch Golf Course. This scenic and challenging course is nestled among rolling hills on both sides of Leucadia Boulevard.

A bit farther east on Leucadia Boulevard, yet not officially in the City of Encinitas, is a must see classy upscale lifestyle shopping center, which is everybody’s favorite and a shopper’s dream come true. It’s called The Forum Carlsbad.

Cardiff-by-the-Sea is the southernmost of the communities that make up the City of Encinitas. It was founded in 1910 by J. Frank Cullen. He named the town after his wife’s ancestral home of Cardiff, Wales. As you pass the first long stretch of beach at the south end of Cardiff, you’ll undoubtedly notice a host of impressive restaurants along the seashore ahead. Cardiff-by-the-Sea is the home of North County’s premier coastal restaurant row. Stunning ocean views and tantalizing cuisine at the shore’s edge make dining here a must.

Leucadia is a beach community located in the coastal city of Encinitas. The relatively secluded beaches of Leucadia lend it a prominence in Southern California surf culture and as such, Encinitas is recognized globally as one of the most quintessential surf towns. Leucadia faces the Pacific Ocean. The community is set on a series of bluffs that stretch along much of the length of the North County coastline. Its beaches are located below steep vertical cliffs lending them a relative seclusion.

The area is located on the Rancho Las Encinitas Mexican land grant, and was settled by a German colony in the 1890s. The name Olivenhain is from the German and means “olive grove.” Today, it is an exclusive community where Old World charm and upscale homes intermingle. The community of Olivenhain is primarily characterized by single family custom homes with relatively large lots. The topography tends to be rolling, and most streets are small and winding through the hills. Olivenhain has a vast network of recreational trails, used by walkers and equestrians. A common sight in the area during late afternoons and dusk are hot air balloons. 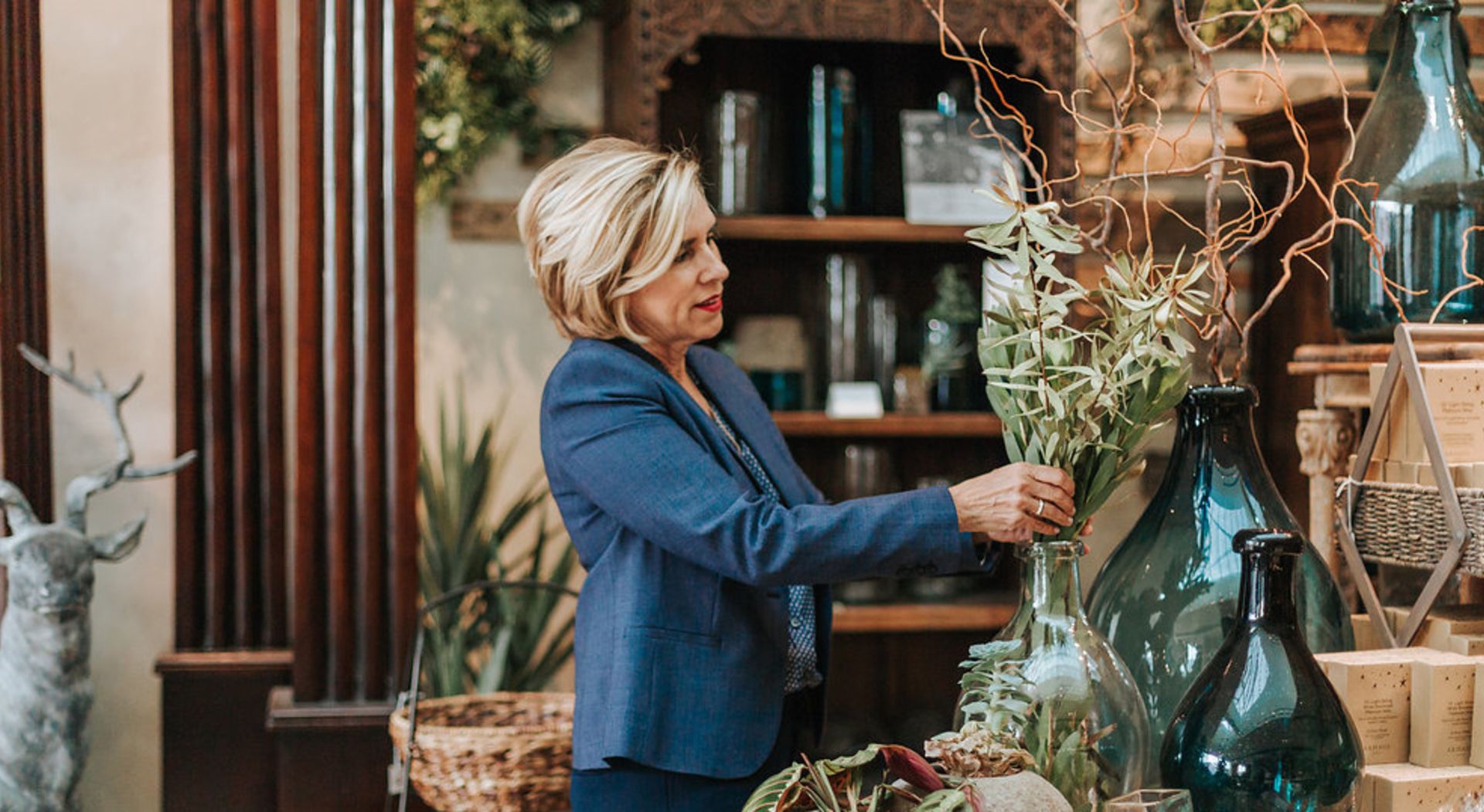 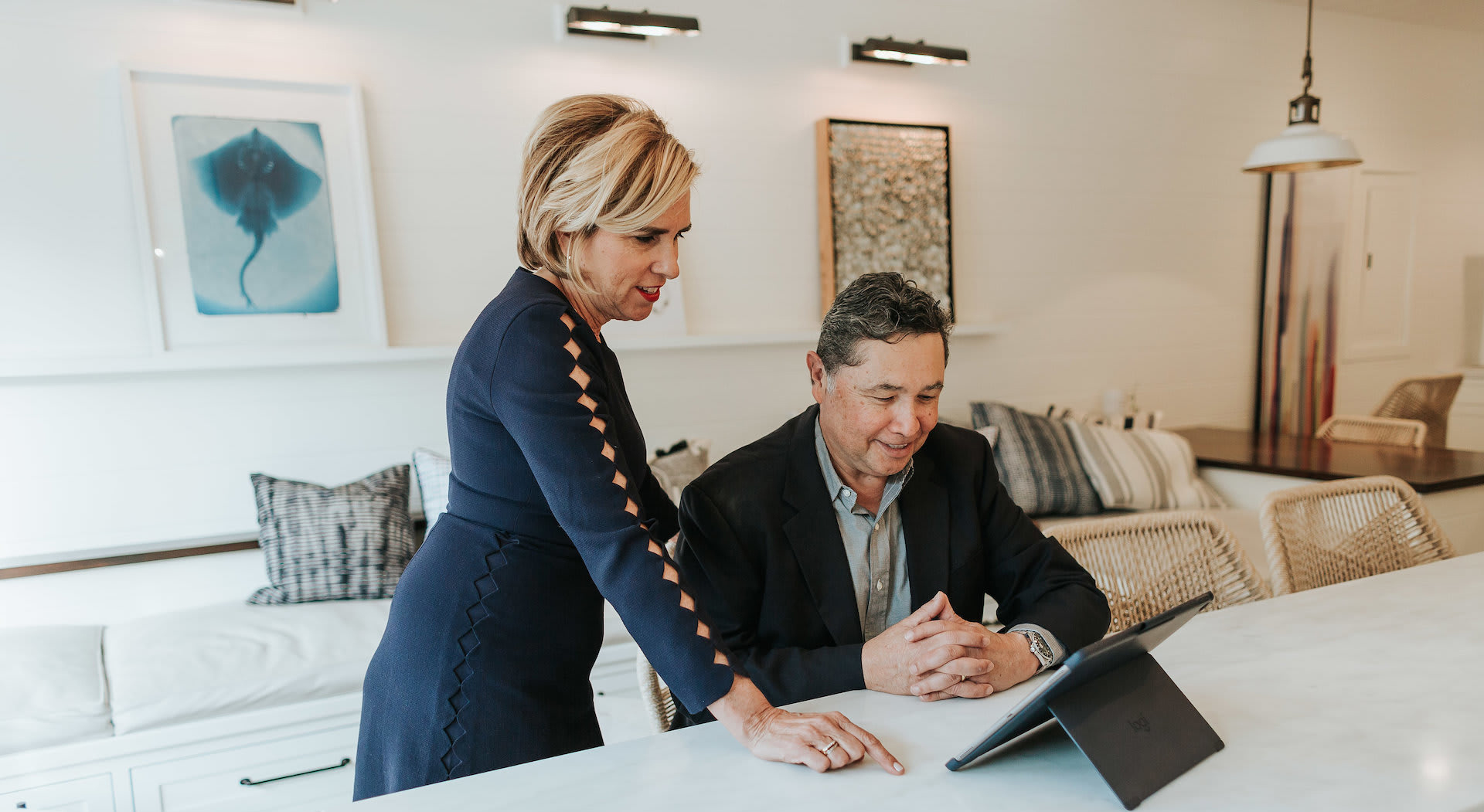